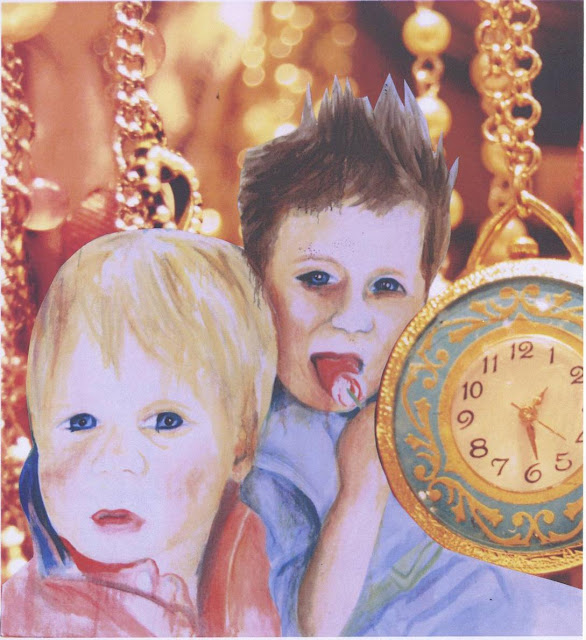 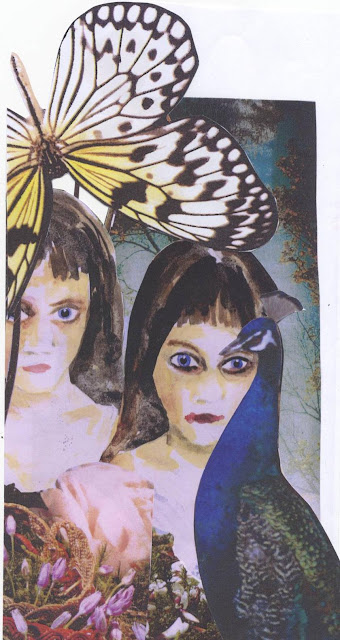 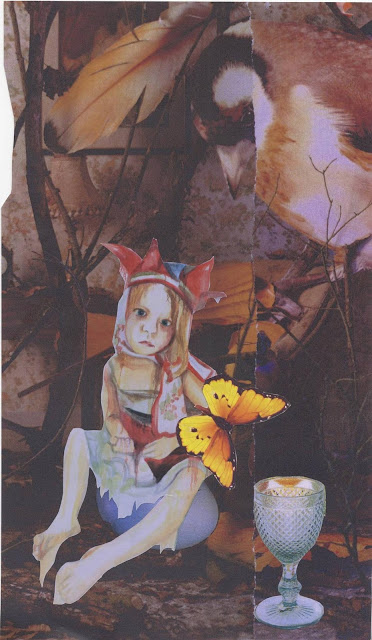 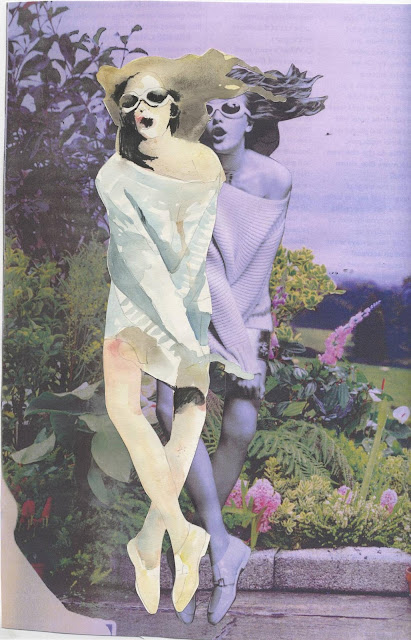 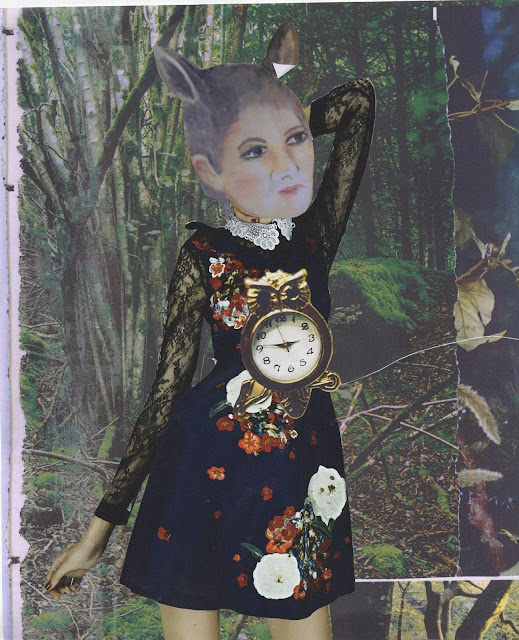 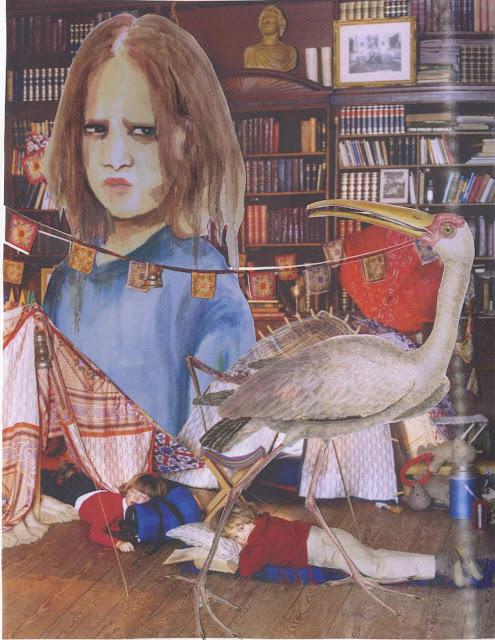 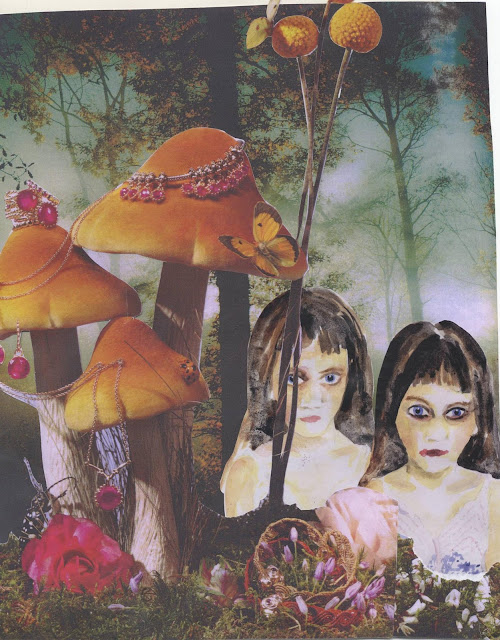 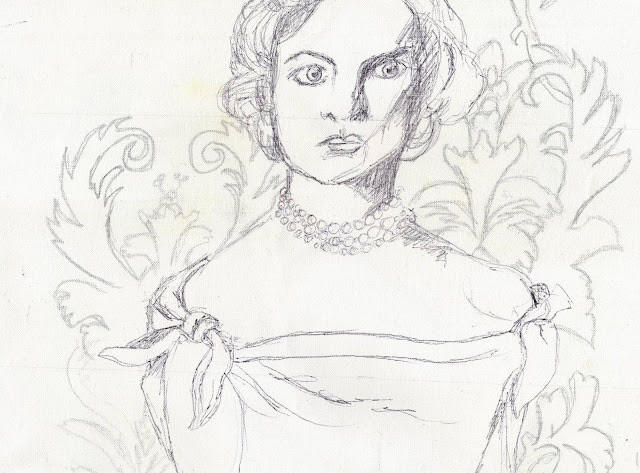 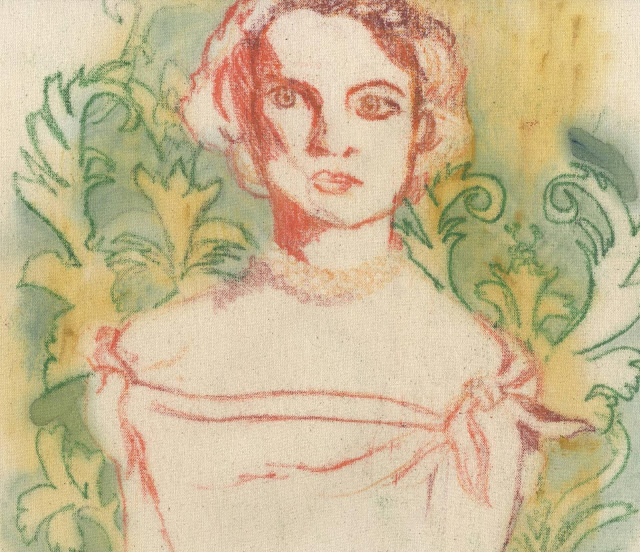 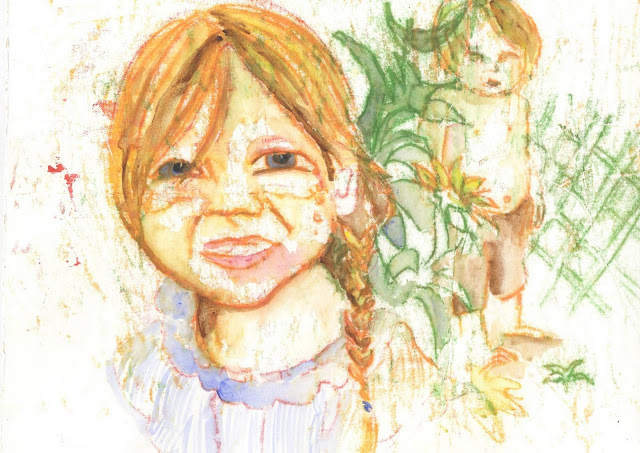 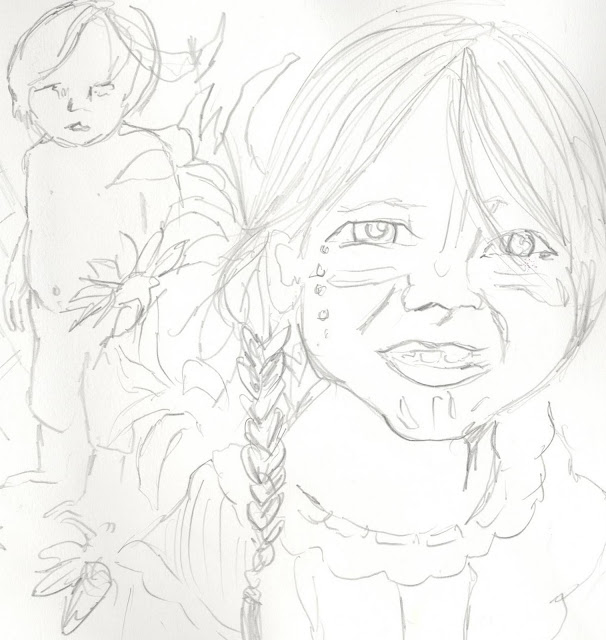 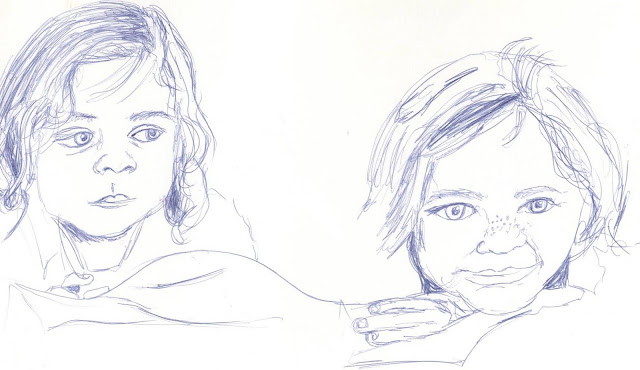 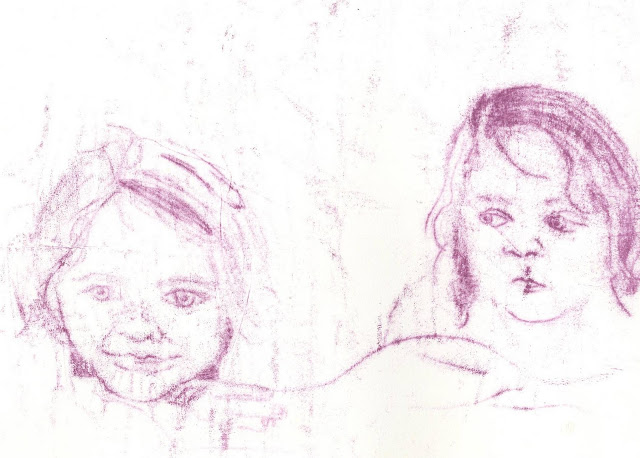 Reflection
Collage: I found the process of making collages very useful as it allowed me to play with composition and context without having to repeatedly make more paintings. Using a combination of backgrounds and objects from the recipe book with figures from my paintings allowed me to test how fitted into a particular space. I could also look at scale, shrinking or enlarging the figures which I think works really well. I was trying to emulate the working process of Tim Walker as he plans his fashion photographs in a similar way. Through placing figures in context, I have experimented with their context and tried to imply a narrative. It will be possible for me to work from these collages back into the paintings so there is a kind of dialogue between the collage and the painting. From the one painting, I could develop multiple paintings which map the figures in a range of environments.
Prints: I was trying to explore the idea of a double image or an image with a reflection through using materials which become double sided. This was inspired by 'Alice Through the Looking Glass' where the second story parallels the first; a black rather than a white kitten, a backwards world. The mono prints exist as the original drawing with the print as a reverse of the drawing. They have to be turned over to view the parallel image or could be displayed in a way which would show both sides. This could be suspended so that the viewer could walk around the work or perhaps suspended in front of a mirror so that the image on the 'back' could also be seen as a reflection. I quite like the way the printing ink can be blended into paint if it is fluid and the quality of line you see, slightly ephemeral. I have also experimented with mono printing on canvas which worked better on the unstretched as the texture was much smoother. Experimenting with stitch also explores two sided media - I'm thinking of developing this on a smaller scale in a sketchbook as part of the sketchbook project.
Posted by Unknown at 10:53